Three of the four Premier League teams who embarked on their European quest have made it to the last 16 of the Champions League but who, if any, will be will be crowned champions of the continent this season?

It was almost a perfect four out of four for England’s representatives in this prestigious competition but Liverpool failed to beat Swiss champions Basel at Anfield in their last group game. 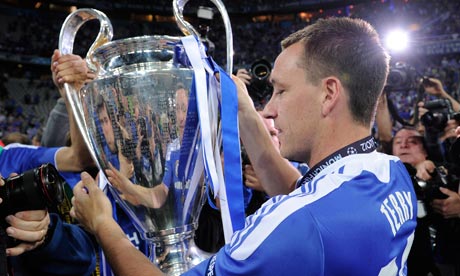 That means another chapter of Liverpool’s esteemed history in Europe’s premier club competition will have to wait at least another season to be written and we are left with Arsenal, Chelsea and Manchester City to fly the flag for St George.

END_OF_DOCUMENT_TOKEN_TO_BE_REPLACED

In the last few weeks Southampton have endured a depressing slide down the Premier League table, going from Champions League contenders in early November to Europa League hopefuls ahead of the Christmas period.

After five games without a win in the league, including four straight defeats, Tuesday’s Capital One Cup quarter-final against Sheffield United should have provided a welcome relief. But it ended in further heartbreak for the Saints fans.

Strong Side
Bramall Lane was never going to be an easy place to go but Ronald Koeman had every right to expect a reaction from his team following their 1-0 defeat at Burnley last weekend.

END_OF_DOCUMENT_TOKEN_TO_BE_REPLACED

Former Manchester United midfielder Park Ji sung has claimed that he is surprised to see Ivory Coast international Didier Drogba return back to the Premier league with Chelsea. The Chelsea legend came back to the club two years after leaving.

During this period, he has played in China and Turkey. At the age of 36, he is almost certain to have lost his place and strength that made him a force to reckon with in the Premier League. Drogba remains as one of best Africans to have played in the English game.

END_OF_DOCUMENT_TOKEN_TO_BE_REPLACED

Race for the top four

The Premier League season is almost exactly a third of the way through. The international breaks, all three of them, have meant a disjointed campaign so far but there is no international calendar until well into 2015. So, players can now make club football their main focus for several months.

With the busy Christmas programme to come, we can therefore get some idea of who are likely to be in the top four and who will struggle to avoid relegation.