Manchester United could be setback by £50m to sign Eric Dier

Manchester United will have to cough up a sum of around £50m if they are to pursue the signature of Tottenham Hotspur ace Eric Dier this summer. 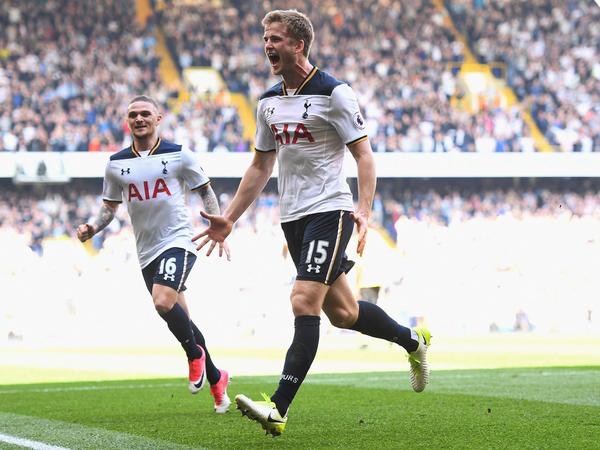 The England international has integrated well into the Spurs’ squad, which has come close to lifting the Premier League title in recent seasons. Despite the progress, Dier is not entirely satisfied with his stay in north London as he has been often deployed in the backline rather than his preferred central midfield position.

As a result, speculation over his future has intensified in recent weeks with Manchester United emerging as potential contenders to secure his signature this summer, The Telegraph reports. Jose Mourinho is eyeing a long-term successor to Michael Carrick, and the England international has been earmarked at the perfect fit for the role owing to his age and experience. Carrick, 35, is likely to be limited with his first-team opportunities next season, and his successor will get the chance to cement himself as a regular at the centre of the park.

Nevertheless, the Mancunian giants will not get the midfielder on the cheap with Spurs placing a hefty £50m price tag on his services for the upcoming transfer window. Dier only inked a fresh five-year deal earlier last season, and this is one of the key reasons behind Spurs’ high asking price. In spite of being a consistent performer, Dier earns a weekly wage of just £70,000 a week, and he could be eager to push for a move to Old Trafford, where he can quite easily double his package.

Spurs have managed to stay within the top-four positions in each of the last two seasons, and they will want to keep hold of most of their first-team players in order to push harder for the Premier League crown next term.