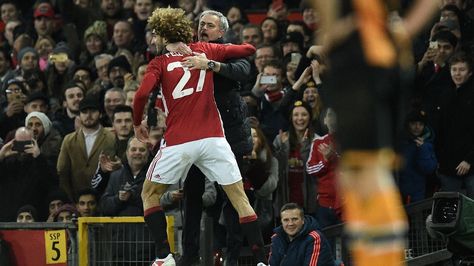 The Red Devils have made a strong start to the 2017/18 season, and they are currently tied on points with Manchester City at the top of the table.

Ozil, 28, has less than nine months on his current Arsenal deal, and recent reports have suggested that he could prefer a move to the Red Devils at the end of the campaign. In response to this, Manchester Evening News reporter Robson has suggested that Jose Mourinho could sacrifice Mata in order to reunite with the Germany international.

He said: “I can’t believe Mourinho actually ever got on with him at Real Madrid, but he was highly thought of. He’s also been very good, but as seasons have gone by, it’s become a thing he’s gone missing. For the majority of his time, he’s been one of the few genuinely world-class players around the Premier League. If he’s free that changes everything. Maybe you could sell Juan Mata. I don’t see how you could have Mata, Mkhitaryan and Ozil in the same team. He’s sold Mata once before so maybe if he got Ozil, he’d sell him again.”

Ozil has struggled for form and fitness during the ongoing campaign, with a minor knee injury hampering his chances of making a regular appearance. Arsenal currently have both Ozil and Alexis Sanchez in the final year of their contracts, and there is a suggestion that the former could be sold in January in order to ward off potential interest from the Red Devils.

Inter Milan have already hinted their intention to pursue the attacker in the New Year, but any deal could be dependent on the arrival of suitable replacement at the Emirates. Ozil could return to the Arsenal squad when they take on Watford at Vicarage Road on October 14.